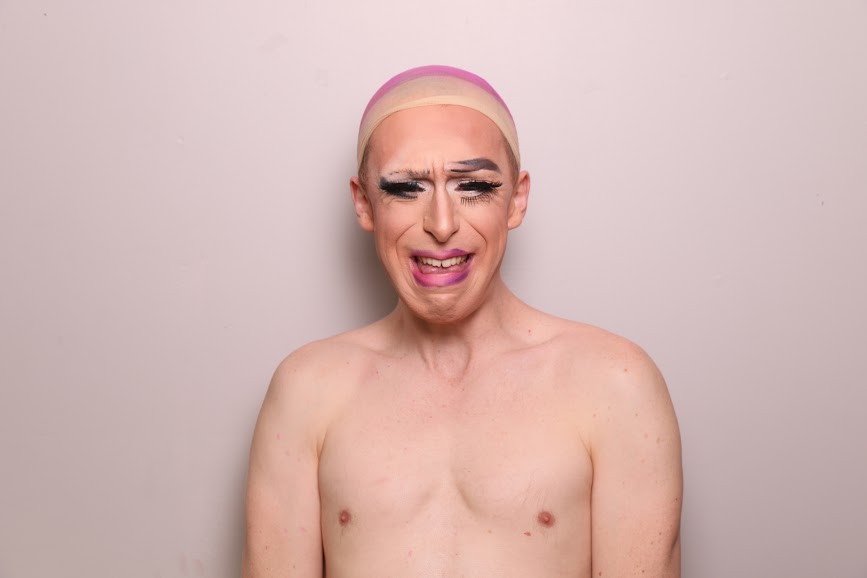 Risk/Reward welcomes back Pepper Pepper’s particular brand of irreverent self-reflection which has graced many a Portland stage (and beyond!), including hosting the wildly successful annual event Critical Mascara: A Post-Realness Drag Extravaganza at PICA’s TBA Festival. Diva Practice (Solo) shows drag queens dancing in the face of uncertainty because being fabulous takes practice, focusing on the body as a site of history and somatic storytelling mapping how “specialness” constructs identities of privilege, queerness, gender and trauma.

Could you imagine a drag queen’s birthday/marriage/graduation/coronation/ funeral/celebration all wrapped in one? How about listening to conflicting stories about unique/fake/historical/real/joyful exchanges with imaginary friends at said celebration? Will you watch her as she stutters and shakes, prances and preens between syrupy stillness and pauses filled with somatic touch? Imagine the deliberation and articulation of Alexander technique dancing with the grotesque determination of Butoh. Rhythms of pop music while lip-synching and warbling to music that may or may not be audible. Soft subtle self-indulgences and articulations of spine and face. Eyes closed. The invitation to know something is being felt. A welcoming stillness followed by fingers mapping the muscles of lip and jaw. Hands on heart. Back of hand on pelvis. A soft mutter “I am here”. Pop music fades in, a drag lip-synch from the inside out.