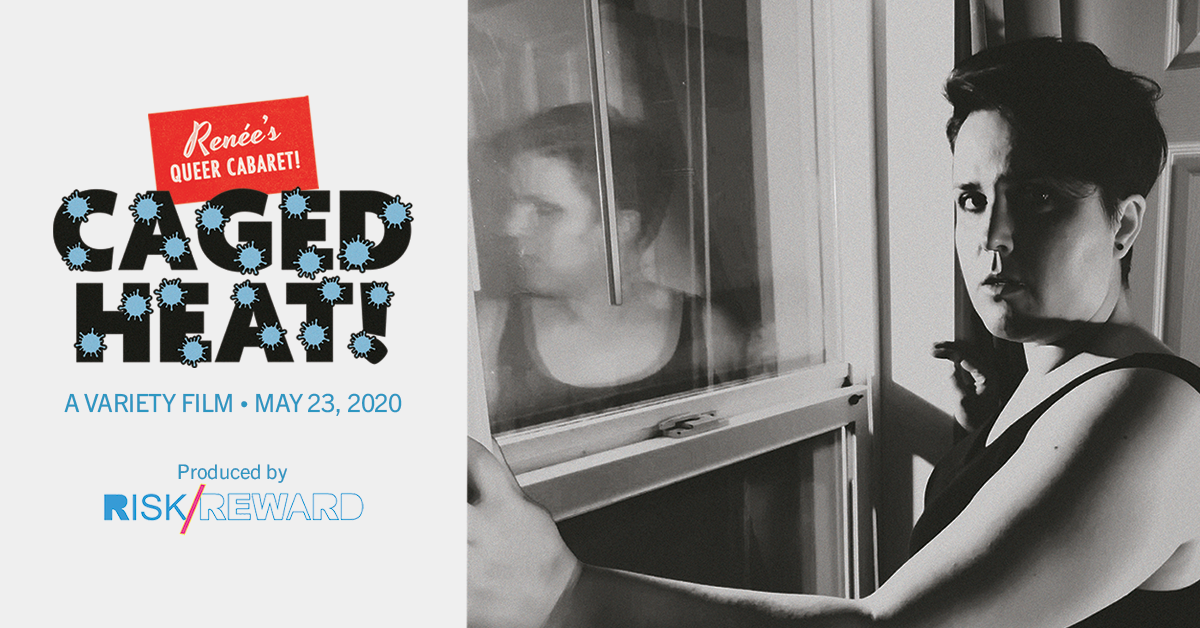 | ONLINE LINK SENT THE WEEK OF MAY 18

Filmed edition! To accommodate the quarantine, we’re creating a video format of the show, which will be released via YouTube during the week of May 18 (exact date TBD). We’re looking for guest performers living in the Pacific Northwest who self-identify as LGTBQIA+ to submit original videos to be featured in a cohesive, hosted format. Get your tickets here.

RENÉE’S QUEER CABARET is a series of themed “resistance variety shows” hosted by actor/musician, Renée Muzquiz. This show defies the traditional cabaret with rock music and a focus on the intimate humor, joys and vulnerabilities of living on the LGBTQIA+ spectrum.

THE THEME WILL BE “CAGED HEAT,” inspired by the B movie of the same name. Performers are encouraged to submit comedic or dramatic pieces that fit in any interpretation of this title (ie. feeling trapped, incarceration, cages, anger, sexual frustration, escape, etc.)

CO-PRODUCED BY: Risk/Reward and Renée Muzquiz

Tera (SUPERNOVA) Zarra is the hardest working strongwoman in America. She strives to push past physical limitations, smash expectations, and bring world-class entertainment to audiences. Supernova has performed for Nike, Intel, Game of Thrones, Red Dead Redemption II, and thousands of national and international venues.

Jules Terrill has been a musician her entire life,  from her earliest memories of musical games with her family to endless tapping on desks in school. With over 18 years of professional music experience under her belt now, she performs and writes music for her own project The Genuine Snake Oil Band, as well as being the bassist of the band The Suffers.

Jess (they/them) and Teague (they/he) are drag artists with a mission to create trans-affirming spaces. As a Jewish-Armenian performer, Jess strives to create content that represents their identities and makes fun of heterosexuality.

Teague enjoys doing hot fat drag and parodying bro sensibilities. They both love to be goofy and jump around with their energetic cat, Vinegar.

Jeff Desautels has performed physical comedy and drag in Portland with CoHo Theatre, Box of Clowns, Tears of Joy Theater, Sir Cupcake’s Queer Circus, and Fou Fou Ha. He has also appeared on The Gong Show and America’s Got Talent. He works as a Teaching Artist with Kaiser Permanente’s Educational Theatre Program in collaboration with Oregon Children’s Theatre.

After graduating with a film degree, Jason Potter got a job as a television coordinator on a world-traveling cruise ship. After sailing the oceans for a few years, Jason came back to dry land armed with plenty of stories to tell. This began his love for storytelling. He founded the Affable Gentlemen Storytelling Show which ran successfully for many years at the Clinton Street Theater. He’s been a ghost tour guide and a storytelling curator for Pickathon. Jason also worked on documentaries for MTV and VH-1 as well as 4 Academy Award nominated stop-motion films and directed a few short films of his own.

Renée Muzquiz is a genre-bending singer-songwriter and actor in Portland. Curve Magazine has urged their listeners to “Keep an ear out for this one,” and she has shared the stage with prominent Portland musicians Jen Conlee (Decemberists), Ritchie Young (Loch Lomond), Jeremy Wilson (Dharma Bums) and Zia McCabe (Dandy Warhols). She currently sings and plays lead guitar in Major Tomboys, her all-femme David Bowie cover band.