Twenty minutes is nothing, and forever. 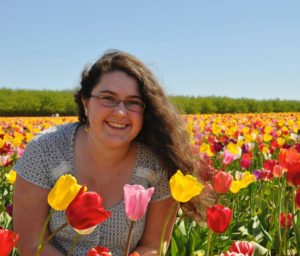 At Risk/Reward, twenty minutes is an entire ecosystem. A planet that unfolds itself, envelops you in its particular air and quality of light, and then—with varying degrees of gentleness—spits you back out into the stars for the next planet to appear out of the darkness and pull you in. Two hours later, walking out after the last piece, I felt like examining myself for passport stamps, skinned knees, seasickness: any lingering sign that my heart and mind had just been whirled into and out of six stunning and gut-busting and gloriously difficult worlds.

Thrillingly, woven into and out of every piece of this year’s festival are women, and with them the many bodies and possibilities of femininity. And they are strong: naked, and strong. Superficial, and strong. Repurposing the the detritus of a world bleached of meaning, seizing the means of objectification to make their own provocations, weightless and powerful against an endless sky. Singing, shrieking, tearing out the eyes of tyrants, sweating off their armor, cradling youth and death with equal tenderness. Strong, ridiculous, defiant, enduring. In the rapid-fire onslaught, I grasped desperately after these images, repeating them frantically to myself in the hopes that I could somehow keep them from fading.

From here, the morning after, some burn brighter than others, but I remain profoundly moved: amazed by the strengths of women, empowered by their emphatic and unstoppable contradictions, and emboldened by the space that they take up in this unpredictable and bruising world.