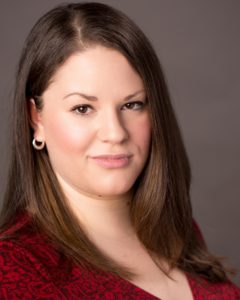 I thought I knew what Risk/Reward was.

I had no idea.

I still have no idea. Even as I write “Risk/Reward” I realize, “Holy Shit. That’s it. That is literally it.”

For the past eight years that I’ve lived in Portland and known about Risk/Reward, I never really paid attention to the name of the festival and what it meant. The lens through which I examine the world, examined art, was already expanding. But I’m getting a head of myself.

Walking into the theatre, I was immediately struck with its vibrancy. It was as if the audience had brought the sun in with them.

Walking into the theatre, I realized that the vibrancy came from the transformation of the Alder Lobby into a safe, Queer space. My body was ready.

As I’m writing, I keep starting, stopping, and deleting, unable to come up with anything intelligent to say. Sure, I scribbled down a ton of notes in preparation for the thoughtful examination I was going to write, but then I thought, “Fuck it. That’s not my job. What was my experience?”

Last night’s performances were so radically different, but each one left me thinking “How did they do this?”

Like, how did they DO this. How did their brains and their bodies reach this conclusion? The extent in which each artist used, well, themselves, illuminated the limitlessness of our bodies and mind. The creativity and dedication of these artists reach levels I couldn’t even comprehend. The specificity, preparedness, and commitment was astounding. It was the best acting lesson I ever had.

During intermission, a friend of mine made the distinction between bravery and fear by saying, “Bravery implies the overcoming of fear, but that performance was a total absence of fear.” Obviously, my friend is pretty smart, because that epiphany shook me.

Dude, how did they do that?

Growing up in a theatre family, and then pursuing it as a career, I always thought of myself as a very cultured person, right? Wrong. I have no idea.