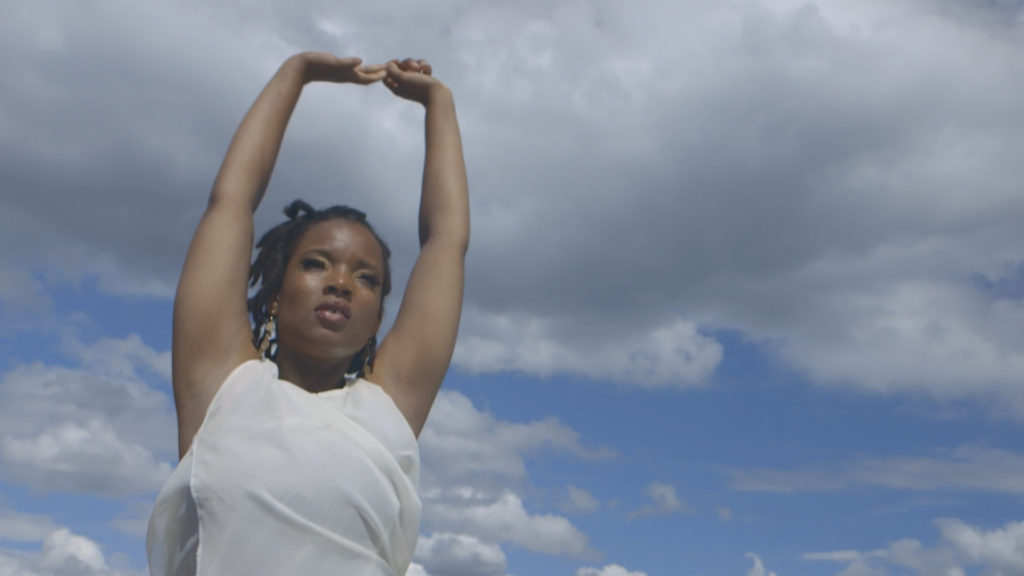 In a Risk/Reward first, Seattle filmmaker Kiana Harris’s film series, DIVINE, will be installed in the Artists Rep lobby before and after the performances. We invite you to arrive early or stay late, but MAKE SURE to watch the 20-minute film piece about the reclamation of black female liberation.

Kiana Harris, a native of Anchorage, Alaska, received early dance training at Dance Spectrum School of Dance where she took her very first ballet class at the age of six. In 2003, she was invited to study and perform with Dance Contempo Company where she expanded her repetoire to include various multicultural styles of dance. In spring of 2008, Kiana moved to Seattle, WA to enhance her training as a student at Cornish College of The Arts. An active member of the Seattle dance community, she has danced at local shows such as DanceThis and Black Nativity, as well as being a member of the Afro-Peruvian performance ensemble, De Cajon Project, for the past seven years. In summer 2016, Kiana created and debuted her first dance film entitled “DIVINE” part l and ll available on Vimeo. Her mission as a film maker, is to reclaim images of femininity in a non-exploitative representation from a black women’s lens, and have it be one of many tools to drive black liberation.

Reflections of body positivity and non-exploitative visuals provide a start to healing the inferiority complex. DIVINE is a trilogy of films that destroy the exploitation of black femme bodies on screen and conveys stories through a black woman’s lens. By sharing these films with other black-identifying women, DIVINE allows dialogue to occur, reclaiming the narrative of how black women’s bodies should and will be portrayed.

WATCH A PREVIEW OF DIVINE, PART I