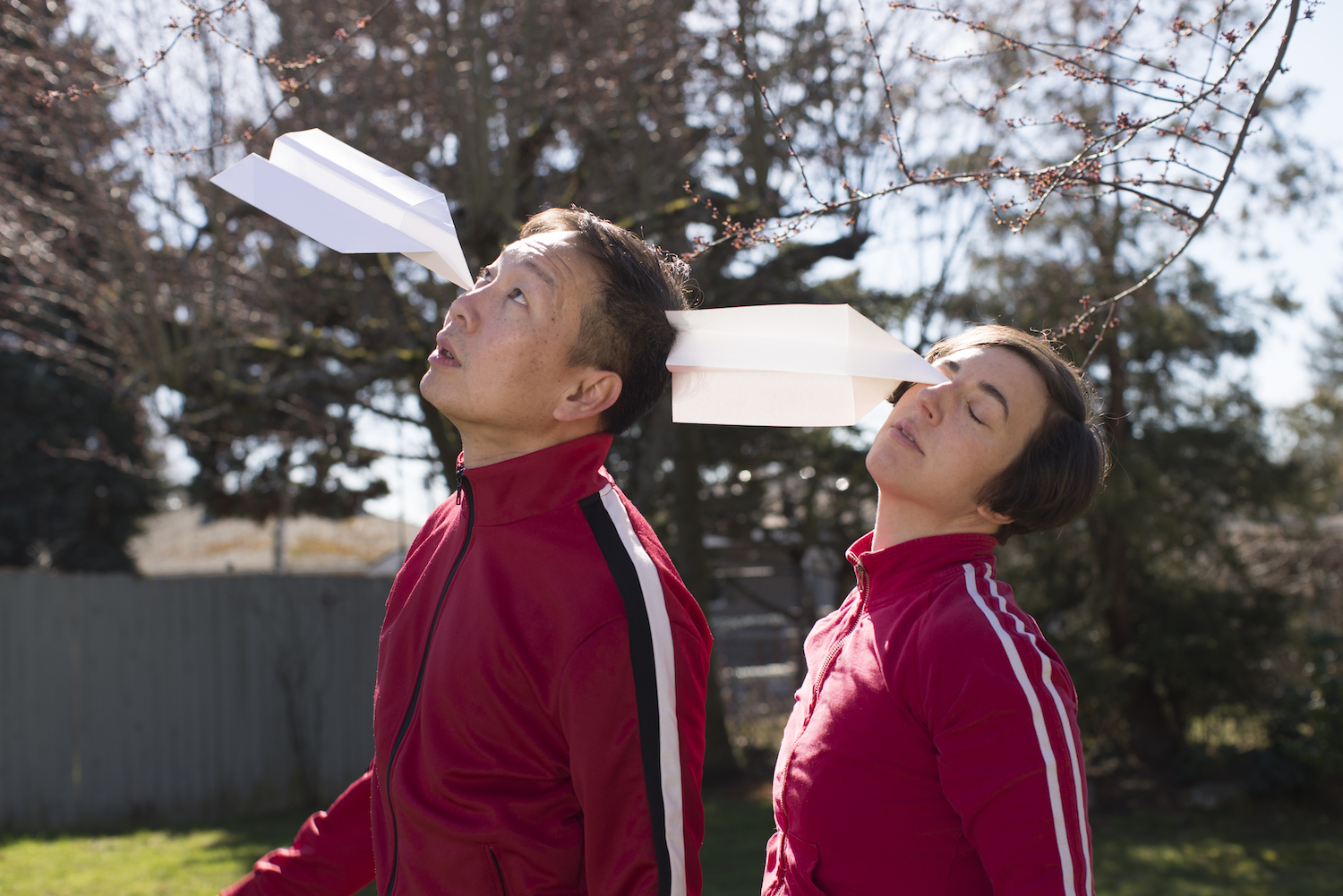 It feels impossible to completely prepare for global climate disaster or war, but in a ridiculous way – entirely possible to train your body to deftly avoid falling construction scaffolding.

ANVIL is a dance ritual sourced from internet workout fads, Hollywood death scenes, and trendy self-soothing techniques. Together, we do our due diligence to avoid sudden accidental death and prepare for personal disaster.

BIOS
Jenny May Peterson is a former competitive gymnast, licensed massage therapist, amateur furniture maker, and visual and dance artist who has called Seattle home for 13 years. Her multidisciplinary background has given her many tools with which to create compelling visual language while also trying to be an aware and conscientious citizen of the world. Jenny has worked with many local Seattle artists including the Pat Graney Company since 2008. She has a small massage practice and an undying love of plants.

Hendri Walujo enjoys performing and creating experiences for the audience using his movement-based and improvisational skills. He strives for variety and versatility in life as in performance, and values close collaboration and independent expression. His performances oscillate between the elaborate and the intimate, from the sublime to the ridiculous.